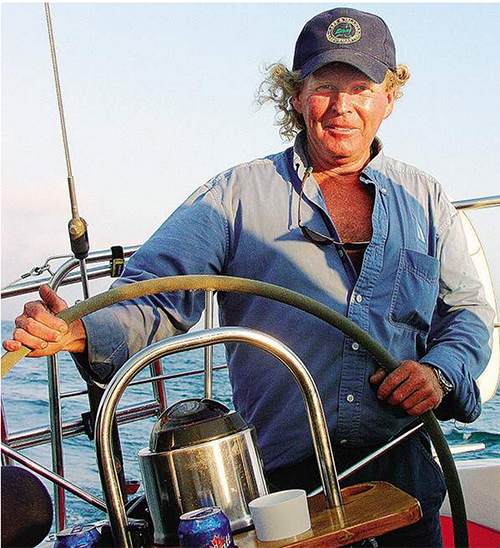 MATTAPOISETT — The town is wrapped around and wrapped up in its harbor.
Sailing, as a sport and a recreation, is a feature of the extended summer season. Not everyone can afford a yacht but who, standing on the shore, can fail to admire their beauty and grace?
A program launched this year makes sailing more accessible and affordable to tri-town youngsters.
The pilot run of the William E. Mee Youth Sailing Program gave 16 local boys and girls training and experience in sailing this summer. William “Billy” Mee, who died in a car accident in February 2006, was the inspiration for the program developed by the Mattapoisett Community Sailing Association Inc., also known as MattSail.
“When we lost Billy,” Harbormaster Steve Mach said, “people wanted to do something to remember him by. It was suggested that a plaque be put up at Town Wharf or a bench be dedicated to him, but Billy was too dynamic for that.” As the Marine Advisory Board developed plans for a community sailing program, Mr. Mach saw the perfect gesture to memorialize the beloved sailor — to name the program after him.
“Billy loved sailing and loved to take kids out on the water and show them what it was all about,” Mr. Mach said. He always had time for everybody. Whether it was a kid interested in sailing or an old person needing something down at the wharf, he was always there,” he added. The late Mr. Mee always seemed to be around boats, whether racing, sailing for leisure or working as a crane operator for Brownell Systems in Mattapoisett.
From the program’s inception, the response from the community has been extremely positive. The first fundraiser in April yielded $33,000 that provided the seed money. The recent Passing the Helm Gala held in early August netted an additional $50,000 for the program, “on top of donations of 10 small boats to the program,” Mr. Mach said.
By the time MattSail secured the location at Town Beach and hired certified instructors, it was mid-July, but through local postings and word of mouth, the program drew 16 children, paying $300 for the two-week session. Ranging in age from 9 to 14, students were split between morning and afternoon classes, and no time was wasted while introducing them to every aspect of sailing, including ropes and rigging, navigation, water safety and the environment of the harbor. Each group was divided into smaller groups for on-hands training aboard the two sailboats.
With training in points of sail, knots, nautical nomenclature and lessons in capsizing, landing and other technical skills, the two groups proved to be fast learners, according to instructor Mark Thornhill. “These kids have been fantastic. They learned so much, so quickly. The goal is to get them out on the water so they don’t have fear. Now they have a foundation to build on,” he said.
Mr. Mach foresees next year running 60 to 70 children through the program. “We’re thinking it’s going to run six weeks. We’d like to see kids from Mattapoisett, Marion and Rochester. Scholarships are available for students who cannot afford it.”
Feedback from the community has been incredible, according to Mr. Mach. “People say this should have happened a long time ago. They think it’s a great thing for the town and want to see it succeed,” he said, adding that they anticipate establishing a sailing team in the not-so-distant future to compete with others around Buzzards Bay.
Sailing instructor James Broadwater is one of many who admired Billy Mee and believe in carrying on his legacy. “I believe Billy Mee logged more hours sailing in Mattapoisett Harbor than anyone ever, a record that may never be matched,”